Simple URL Action for Drafts to use your text to search on Netflix Instant.

Seems WordPress.com strips out the part of the URL that allows importing Actions via a simple click to work, so you’ll have to copy and paste the following and add it to a URL Action in Drafts yourself, unless I can find a fix:

Watching the film, I couldn’t help but note striking similarities between Jiro’s approach to his craft, and Steven Pressfield’s concept of the professional mindset in “The War of Art“.

I’ve often discouraged myself from creating personal art projects with the defeatist attitude of “what’s the point?”. There really is no “point” to sushi. Why does Jiro care so much? What drives him? It’s not money or fame. It’s the relentless pursuit of perfecting his craft, or as he words it, his chosen profession. By honing his craft, he not only brings joy to his patrons who rave about his sushi, but he surrounds himself with like-minded experts that he works with — the seafood merchants, the rice merchant. Jiro’s sushi is so good, his rice guy will only sell his best rice to Jiro because “what’s the point of selling good rice to someone who doesn’t know how to cook it?”. Yes, rice.  END_OF_DOCUMENT_TOKEN_TO_BE_REPLACED

Sharing cool movies on Netflix Instant is ridiculously difficult, especially on the iPhone. Here’s how to do it quicker using the Launch Center Pro app.

END_OF_DOCUMENT_TOKEN_TO_BE_REPLACED 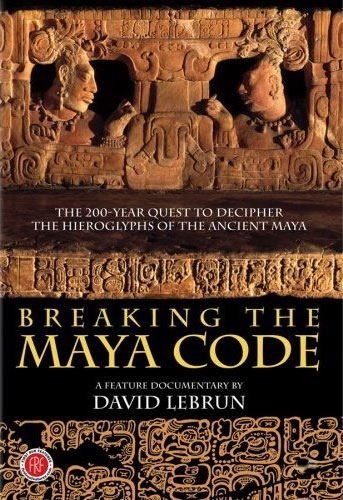 Breaking the Maya Code is a fascinating detective story about the history of decoding the Mayan pictographic language. Another great documentary on Netflix Instant.

Timecrimes is an excellent time-travel thriller film, and I just noticed it was available on Netflix Instant. Be sure to watch the original Spanish language version with subtitles.

Recently a friend asked what possible reason there was for him to be interested in the Apple TV. I thought I’d share my response.

• If you have videos on the Mac (in iTunes) you can stream them to the Apple TV. There are apps such as Air Video and Stream To Me  that will stream videos from your Mac in any video format to the Apple TV as well. They both offer live conversion too, so you can play .avi files and other formats not supported by iTunes.

• With Mac OS X 10.8 Mountain Lion and a newer Mac, you can send your Mac screen to Apple TV.

• You can rent films and television shows from the iTunes Store.

• Hulu Plus was recently added (if unlike me, that matters to you).

• Stream audio from any Apple device to Apple TV. Play music from an iPhone on the local network for example.

• Stream photos and videos from the default Photos app to the TV for group viewing.

• Sync the audio from iTunes to play on the Mac and on the TV or home audio system conencted to the TV for full-house audio.

• Send video from and iPad or iPhone to the Apple TV for viewing on a larger screen.

There are also lots of other things that I never use, such as the YouTube, Vimeo and Flickr channels, the MLB, NHL, NBA and WSJ channels, internet radio, video and audio podcasts.

The iPhone let’s you take you Mac with you. The Apple TV lets you share your Mac with the rest of your house.